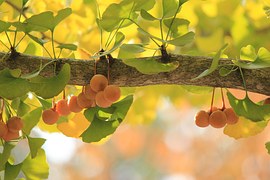 If you are looking for a natural way to prevent heart attack and stroke, you may be wondering “is ginkgo biloba a blood thinner?

This helpful herb is a blood thinner and this article will show you:

Before you see all that let’s look at some information on blood thinners.

Here’s Why Blood Thinners Are Important

Blood thinners reduce and lower the risk of small clots forming. Small clots can increase the likelihood of:

Diseases that effect the heart are the number one cause of death in America and the world (for both men and women). Also, stroke is the 6th leading cause of death.

There are common pharmaceutical blood thinners like Warafin, Plavix, aspirin and clopidogrel but they should be avoided. Aspirin alone causes more than 16,000 deaths a year and is responsible for over 100,000 hospitalizations.

Death from pharmaceuticals, when taken as prescribed by doctors and following FDA guidelines, is the 4th leading cause of death in America. Most people turn to them because they aren’t aware of safe and natural alternatives, like ginkgo.

The ginkgo tree is the oldest surviving tree on earth, appearing over 200 million years ago. This is fitting since it helps with a lot of complications that come from aging.  Ginkgo works in a few different ways.

These antioxidants prevent and reverse cell damage that scientists believe may be associated with conditions linked to aging, including heart disease, stroke and many cancers.

Secondly, ginkgo interferes with the action of a substance called platelet activation factor (PAF) that’s produced by the body. PAF is involved in many different biological processes, including:

Interfering with the action of PAF makes it a natural blood thinner by reducing blood clots responsible for heart attacks and most strokes.

Ginkgo: Good For The Brain

According to Dr. James A. Duke, renowned herbalists expert, “ginkgo reduces the fragility of the capillaries, the tiny blood vessels that fan throughout your body, which can help prevent hemorrhagic stroke.”

This herb is widely used by the elderly in stroke prevention. In fact, ginkgo sales in Europe have reached the billions! It’s only a matter of time until it becomes more popular in America.

Ginkgo: Good For The Heart

Your brain isn’t the only place ginkgo increase blood flow, it does to your heart too. This is important in preventing cardiovascular issues.

I mentioned before it has antioxidants that prevent heart disease and blood clots that cause heart attacks.

There was a study done by French researchers that indicates ginkgo can speed up the recovery time of heart patients who underwent coronary bypass surgery.

Trust This Country When It Comes To Herbs

America and the FDA aren’t a reliable source when it comes to herbs. It costs 500 million to get FDA approval for a condition and there isn’t a herbalist in the world that can afford this; that’s why pharmaceuticals get approved and herbs don’t. Because of this, doctors in America rarely prescribe, or even mention herbs, when talking to patients.

There are countries that take herbal medicine seriously and the leading government authority on herbs is Commission E, which is the German counterpart to the FDA. Doctors regularly prescribe herbs their too.

Commission E examined over 300 herbs for their medicinal value and found 200 to be effective. They approve ginkgo in the prevention of stroke.

There’s Only One Way To Take Ginkgo 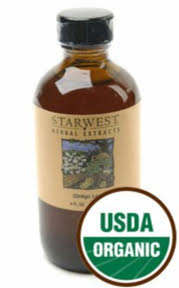 Ginkgo only works as an extract. The medicinal compounds in ginkgo leaves are too dilute for infusions and tinctures.

To take, follow the directions on the extract you purchase. Usually dosage is somewhere between 10 to 20 drops in water or juice, a few times a day.

The best part about ginkgo is there are no serious side effects. However, when taken in too large of dosages mild side effects have been reported. Some include:

Compare that to the possible side effects of aspirins and other synthetic blood thinners. Which one do you think people should be using?

What Else Can Ginkgo Do For You?

And a lot more. This is definitely a herb you want to have on hand.

Did You Find What You Were Looking For?

I hope so! Ginkgo is one of the most beneficial herbs on the planet and is a wonderful natural blood thinner. The best part is it’s safe and has limited side effects.

It’s important to get high quality ginkgo extract if you are serious about taking it. If you would like to see my favorite place to buy herbs, including ginkgo, click below.

I love answering questions, so comment below if you have any and I’ll respond as fast possible. Also, if you found this information useful and want friends and family to see, share on social media.

2 Comments → Is Ginkgo Biloba A Blood Thinner? Read Before Using