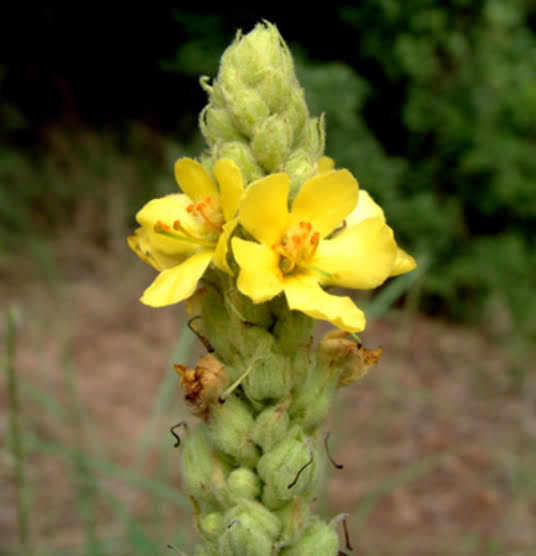 There are many medicinal uses of mullein and it has very few side effects. This herb has been used for a long time around the world and is wonderful for many respiratory and lung problems. It can do a lot more for you too.

In this article we’ll look at every benefit mullein offers and all the different ways you can take and prepare it. We’ll look at the limited safety concerns too.

Before you get into that let’s see a few pieces of information that will help educate you greatly.

A Word About Herbs, The FDA And German Advances

The use of herbs goes back thousands of years. Synthetic medicine only goes back a few hundreds years. Many people discredit and roll their eyes at herbs and do so to their own detriment.

Generally speaking sickness and disease is a persons own fault. It comes from breaking simple natural laws like eating a harmful diet, not getting clean air, lack of exercise, hygiene issues, lack of sunshine and things of that nature. Taking chemical medicines disobeys natural laws too. You may get immediate relief but you aren’t fixing the underlying problem, just treating the symptom. 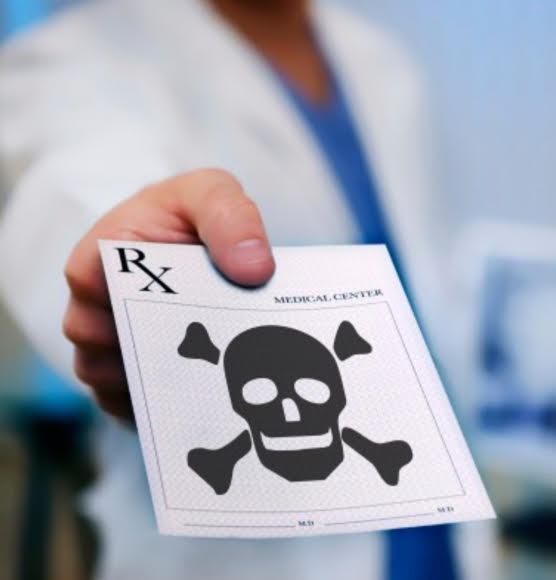 Every pill moves you farther and farther from natural and optimal health; it comes with nasty side effects too. You evolved in nature and nature is where you should find your remedies and medicine. There is a herb for every sickness and usually multiple herbs for it. Herbs get to the root of the problem and have limited side effects. They aren’t addicting either.

Prescription medicines are the 5th leading cause of death in America. The 5th! That’s more than all illegal drug deaths combined. It’s more than all fatalities of automobile accidents too. Synthetic drugs are dangerous and highly addicting as well.

“It’s not FDA approved” is the cry of doctors and people unaware of the power of herbs. The truth is it costs 500 million dollars to get something approved by the FDA to be useful in treating a disease or sickness. No herb company could ever afford this and only big pharmaceutical companies can; they make the money back quickly too. 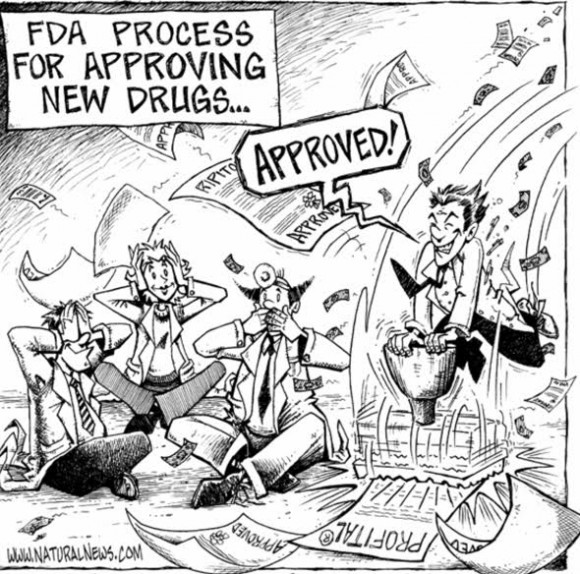 In Germany herbs are given a fair chance, are more mainstream and are widely prescribed by doctors. Commission E, the German counterpart to the FDA, has extensively tested over 300 herbs for their medicinal value and found 200 to be effective.

So when looking for a government authority on the usefulness of herbs don’t look to the FDA. It’s sad but there is a lot of corruption their and giant pharmaceutical companies influence decisions greatly. Look to Commission E. They can be trusted.

You’ll be happy to know they approve mullein for many different problems.

A Brief History Of Mullein

Ancient cultures believed mullein was a protector against evil spirits. Like most herbs this is because of all the healing powers it posses. It was used against scrofula which is a form of tuberculosis. 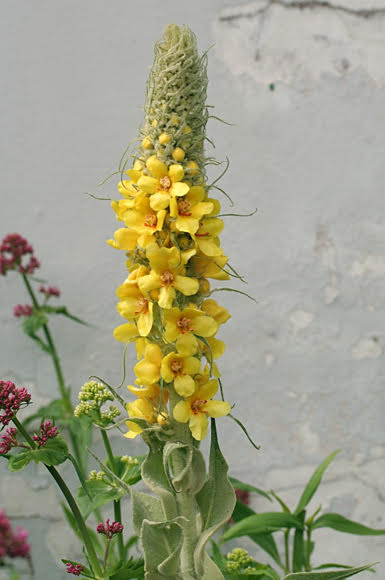 1st century Greek physician Dioscorides prescribed a decoction of mullein in wine for diarrhea. In the Middle Ages the French used this herb against animal diseases.

In ancient India, physicians used this herb extensively for cough; this is one of the main uses of mullein today. In the 1600’s English herbalist Nicholas Culpeper wrote gargling a decoction of mullein would “easeth tooth ache and cough.”

Colonists brought mullein to North America and the Native American’s quickly started using it for coughs, bronchitis and asthma.

In the 1800’s mullein was used as a diuretic to remove water retention and as a stomach and respiratory soother with mild pain relieving and tranquilizing action. Again it was used for coughs, asthma, tonsillitis during this time period. Also you could find people taking mullein for diarrhea, hemorrhoids and urinary tract infections.

As you will see the ancients knew their stuff and many people still use mullein for the same purposes.

This root is effective to treat all kinds of respiratory problems including:

Commission E endorses mullein flowers for cough. According to well known herbalist James A. Duke this is because mullein contains “throat soothing mucilage.” And it also contains “chemicals called saponins that have an expectorant effect.”

Distinguished German herbalist adds mullein has a “well founded reputation as a cough remedy.” Many lung afflictions can be healed using this herb and is a common ingredient in all herbal lung tonics. 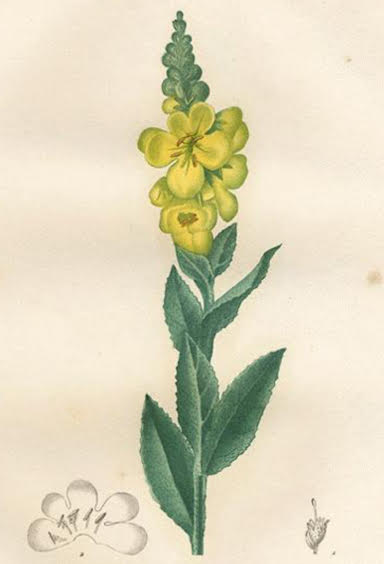 One study showed it has anti-inflammatory effects making it effective in joint swelling.

It also is a great pain reliever without any addicting qualities. In many tests mullein was shown to stop the growth of tuberculosis bacteria.

According to famous herbalists Jetho Kloss mullein tea is “good as a throat gargle, for toothache and for washing open sores.” He claims a tea made from the flowers will induce sleep, relieve pain and in large dosages act as a laxative.

As you can see modern science gives merit to Mullein use in many problems.

How To Make Mullein Tea And Other Preparations

For a tea that can relieve cough, sore throat and help with diarrhea use 1 to 2 teaspoons of the dried flower per cup of boiling water. Steep for 10 minutes and then strain. You can drink up to 3 cups a day. 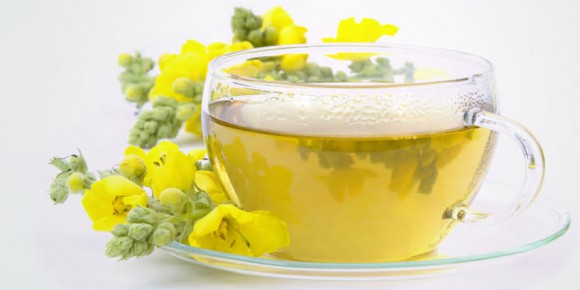 Mullein tea has a very bitter taste so you may want to add sugar, honey or lemon to improve the flavor.

For hemorrhoids apply a compress made with a strong, cool infusion. As an extract take 10 to 20 drops with water or juice a few times a day.

Generally speaking the side effects of herbs are pretty limited if you take the recommended dosage. This isn’t the case with synthetic drugs; you can get side effects even when following directions.

The FDA considers mullein as safe. When giving to children, weak or debilitated people, or the elderly give 1/3rd to 2/3rds of the recommended dosage.

Talk to a doctor before taking medicinal amounts.

Mullein is a wonderful herb that can be used for various problems. It has a great reputation with many respiratory problems and other issues including:

and much more. It is safe to use and has very limited, if any, side effects. If you are looking to buy mullein from a very trusted online supplier I would like to recommend Starwest Botanicals. They have been in business for over 45 years and have a great reputation.

If you have any additional questions or opinions comment below and I’ll make sure to get back to you as fast possible. Also share on social media for friends and family to see.

2 Comments → Medicinal Uses Of Mullein and Side Effects